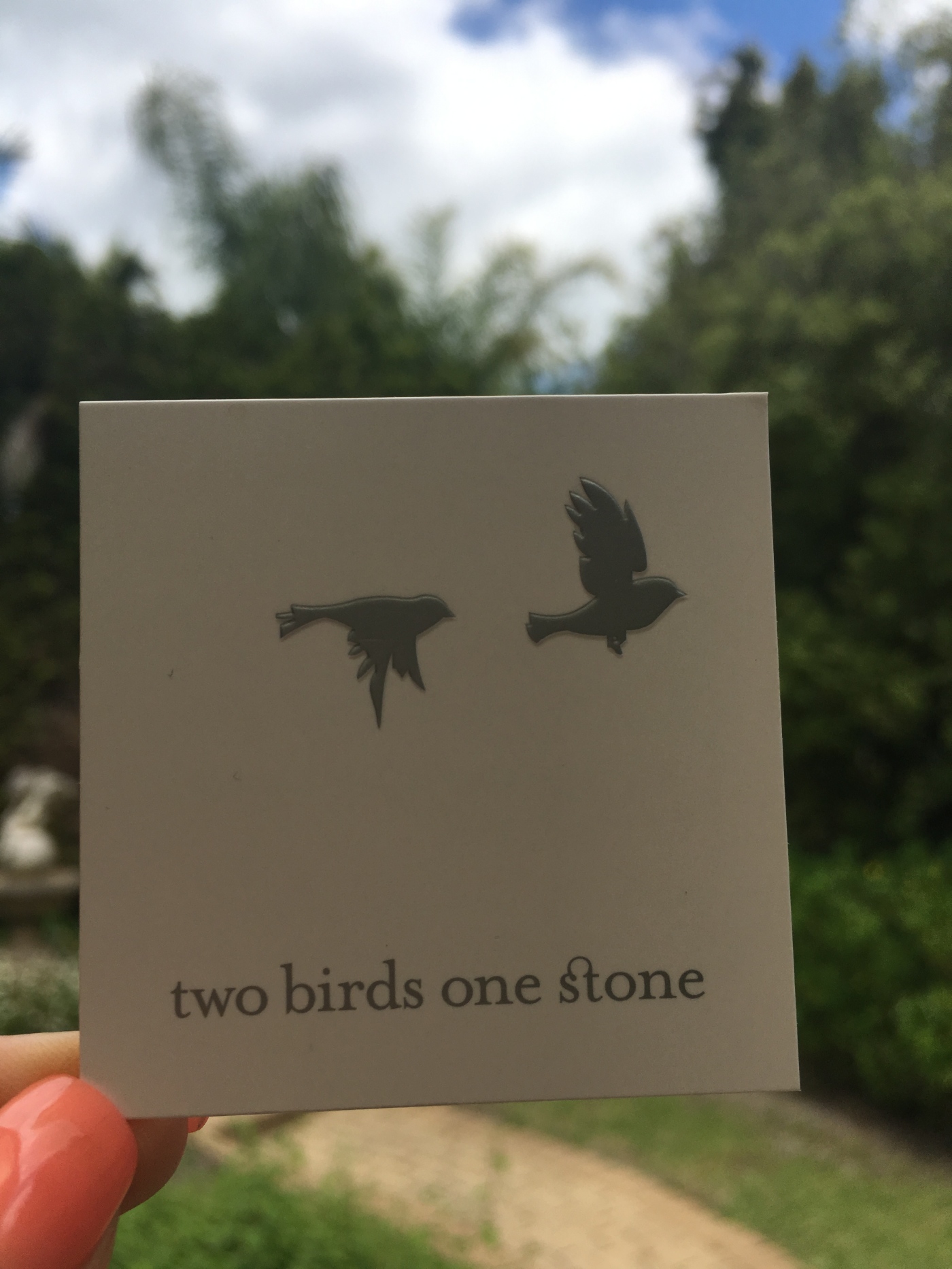 Welcome back to Cards and Cafés! I originally went to Two Birds One Stone in late 2015 and I quite enjoyed my experience there. I thought that it was about time to go back and see if it’s just as good as the last time. I went with my Dad and our friends Dez and Alf and we ended up going on Melbourne Cup. We managed to get a table quite quickly, which was fantastic as the Chapel Street area was already quite busy with a number of people heading off to the races and other just out and about enjoying their morning.

Two Birds One Stone is quite easy to find, as it is just off Toorak Road and right next to Adriano Zumbo’s patisserie. So you can go and have a look at all his beautiful creations either when you’re walking past or if you are waiting for a table.

Parking can be quite challenging in this area, but there are a number of spots along both Toorak Road and Chapel Street as long as you don’t mind walking.

Two Birds One Stone’s menu is pretty much the same as the last time I went, there were only a couple of changes, which could be a good thing and a bad thing. A change can freshen up the menu and give their regulars something new and exciting.

The following menu photo was taken at the start of November 2016 and might have changed.

Dez ordered the ricotta pancakes with rhubarb and raspberry compote, vanilla mascarpone, seasonal berries and toasted pistachio’s. Dez asked for the ricotta and compote to be on the side, just in case she didn’t like them.

Finally she said that the rhubarb and raspberry compote was incredible! The tartness that the rhubarb had was balanced out by the slight sweetness of the raspberries. This was literally a match made in heaven!!

I ordered the twice-cooked Brioche French toast with fresh banana, chocolate sauce, and vanilla anglaise and macadamia nut praline. This was actually the dish that I ordered the last time I was at this café. When it arrived at the table, I noticed that it was plated quite differently to the last time.

I thought that it was quite tasty, but I felt that it needed more chocolate sauce. There honestly wasn’t enough for each slice of toast, which was quite disappointing. Maybe they could serve some extra sauce in a small jug on the side for the customer to pour on if they need it.

But the French toast itself was great! I loved twice-baked French toast as it has this incredible crunch on the outside, while the inside is soft and fluffy. The praline added crunchy texture, which was great against the other soft elements.

My Dad ordered the eggs your way on toast, with a side serving of pork chipolatas and a hash brown. He said that it was ok, it wasn’t the most amazing meal he’s ever had but it was still enjoyable. He said that the hash brown was a bit too oily for his liking and didn’t end up eating it all.

The employee’s at Two Birds One Stone are all quite friendly and are quite happy to answer any questions about the menu and are happy to change any dishes if needed.

There are a number of tables inside the café and a handful of tables outside. I would recommend that you get to this café before 10am on weekends to avoid having to wait for a table. But if you have to wait, make sure you go next door and have a look at the Zumbo treats.

I was just disappointed that the menu was very similar to the last time I went (almost a year later). I probably wouldn’t rush back to Two Birds One Stone, but if I was in the area and I needed a place to eat I would go back.

OTHER INFORMATION ABOUT TWO BIRDS ONE STONE

Have you visited Two Birds One Stone before? Tell me what you thought of it. Do you have any suggestions of cafe’s to visit?

Comment down below, I’m always looking for somewhere new to try. 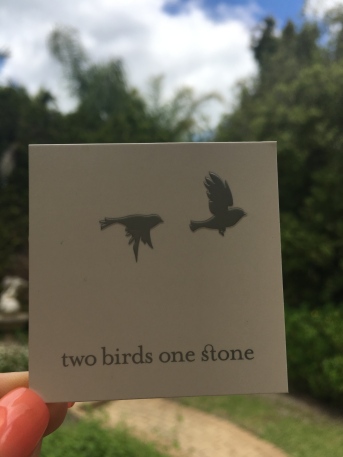 Hi and welcome to Cards and Cafés,

My name is Kim and I live in Melbourne. I originally started this blog as a part of one of my University assignments and, as I loved blogging about my food adventures, I decided to carry on once I had finished my Masters in Marketing course at University.

I decided to call my site Cards and Cafés as I love collecting business cards from all the cafés that I visit (and yes, I have a lot of them.) I also have an ever growing list of cafés that I want to visit and I seem to add a new one every week.

I am so blessed to live in such an incredible city that has so many different types of cafés and I truly believe that Melbourne is the food capital of Australia.

So come along on this food adventure.
Happy eating 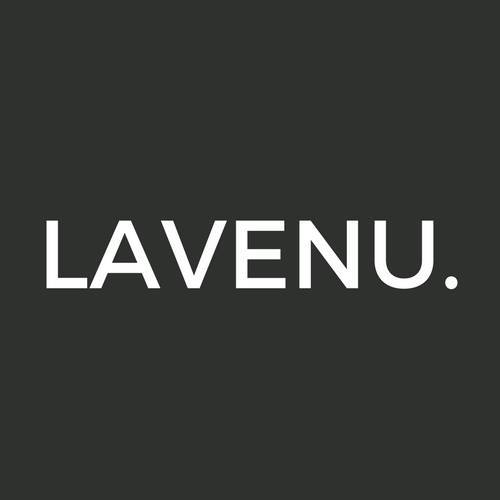